Tag :
Cyber Security
Sangfor Technologies Security Lab (aka Quianlimu) has discovered a new version of an old ransomware used to attack Chinese enterprises. After attackers’ initial compromise of an internal jump server via brute-forcing, the invading malware uses a toolkit to infect hosts across the internal network and deliver the ransomware to encrypt files. The ransomware appends encrypted files with hardcoded suffix “.[DeAdmin@cock.li].DEADMIN” and DeAdmin@cock.li is the email address to contact hackers. In the ransom demand, attackers identify themselves as DEADMIN LOCKER. At the time of writing, there is no decryption tool for this ransomware. 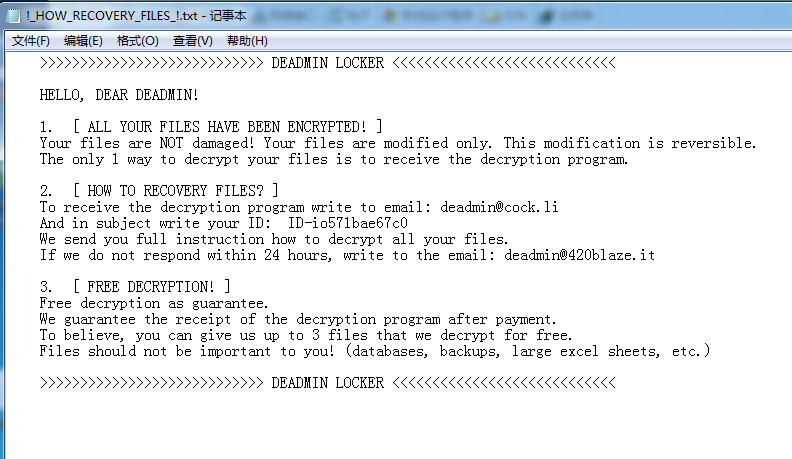 The toolkit obtained from infected hosts includes password collector, remote login tool and other attacking tools, such as AutoMIMI, Lazy, rdp_con, gmer, and even “!RDP” which is used to launch remote desktop connections. 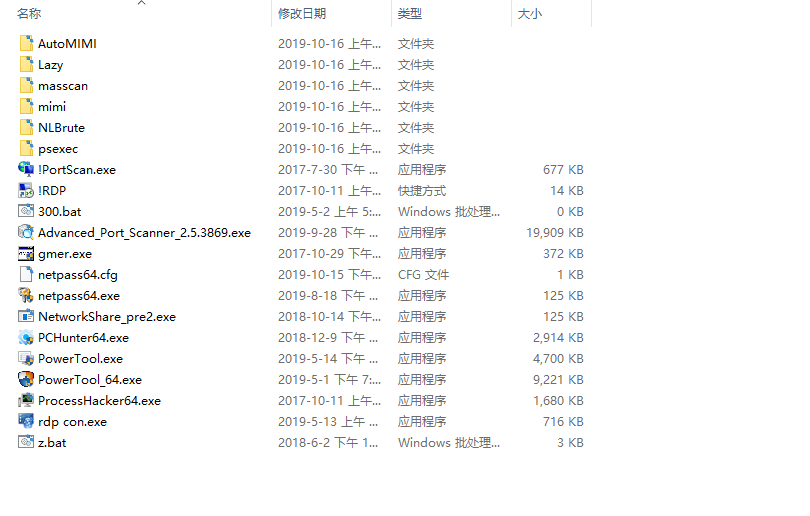 Intrusion Tracking
1. During a live attack, Sangfor security consultants analyzed the security logs of multiple encrypted hosts and found login records from an internal host (later referred to as the “jumper server”) in the events of all ransom notes generated by infected hosts.

2. The jump server was then investigated and the initial attack toolkit containing the intranet scanners and remote access tools was found. 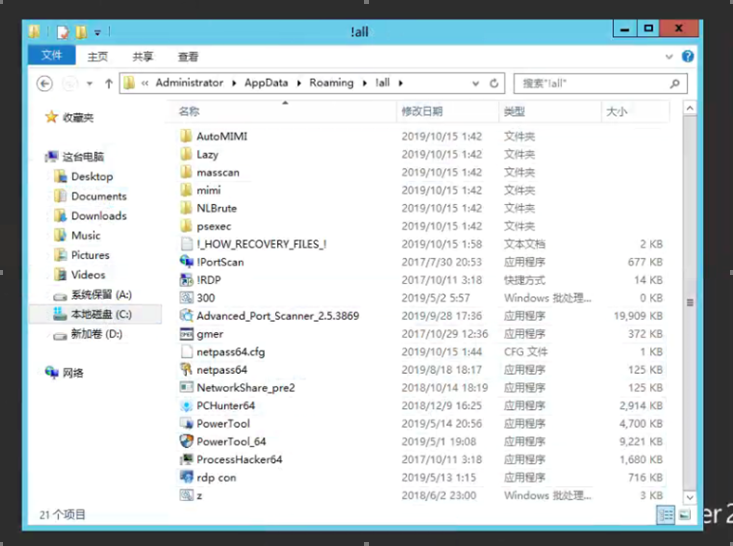 3. Analysis of the jump server security logs, looking at the time when the ransom notes were generated, found a public IP address (92.246.76.125). This IP address was previously marked as malicious in the Sangfor threat intelligence Neural-X platform.

4. Before this attack, Sangfor discovered that the jump server had successfully been brute-forced before. According to the logs, more than ten IP addresses had been used to successfully log in. Most of them were detected as malicious IP addresses based on threat intelligence. That is to say, the host had become a hacking target a long time ago.

The Penetration Tool Analysis
We simulated and profiled the penetration behaviors against the internal network: 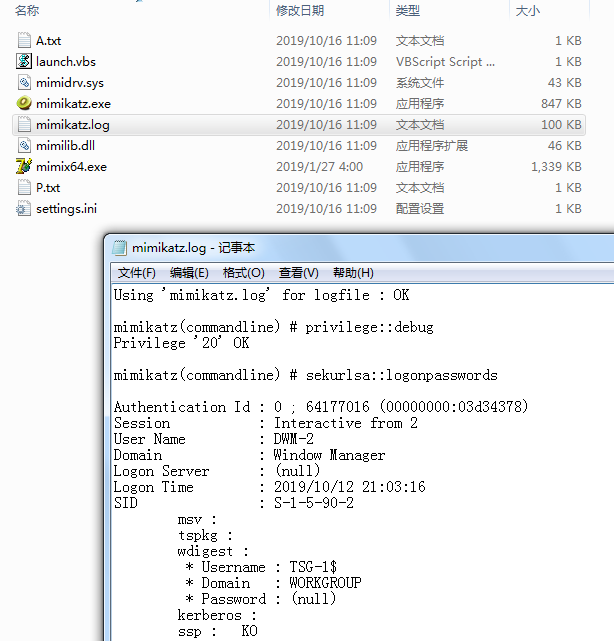 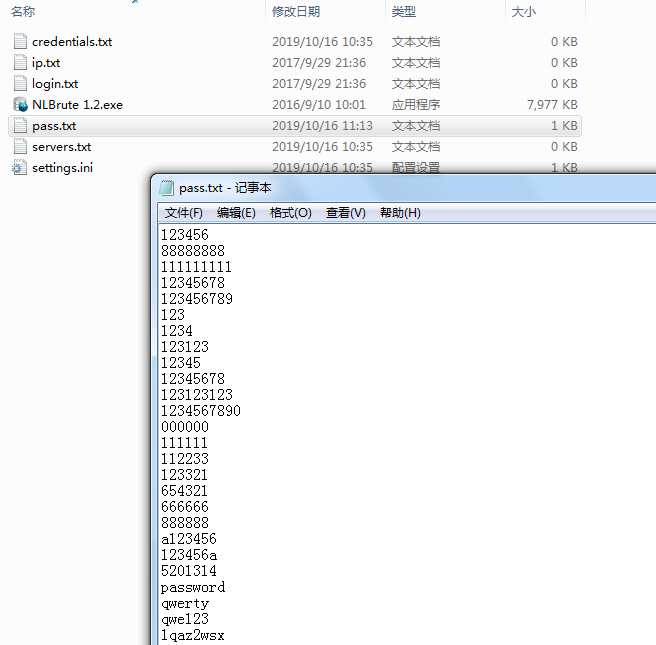 3. A port scanner was used to scan the internal network, and locate hosts with open ports 445 and 3389. 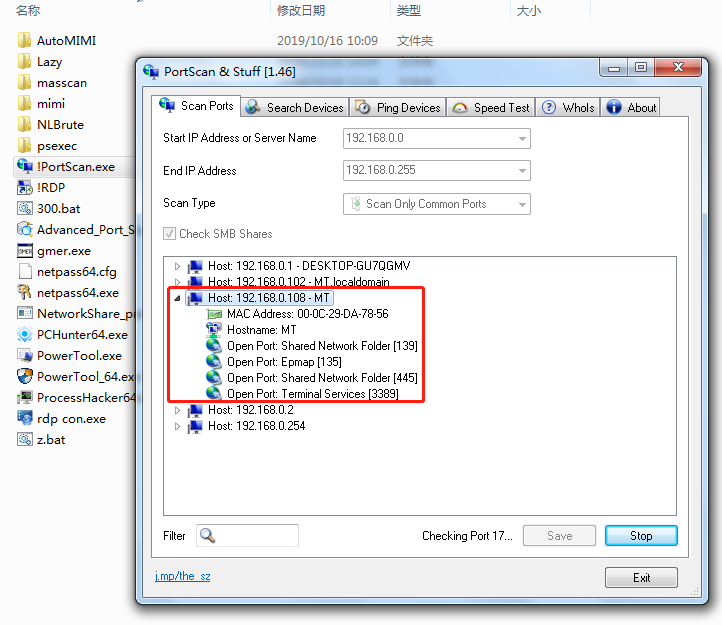 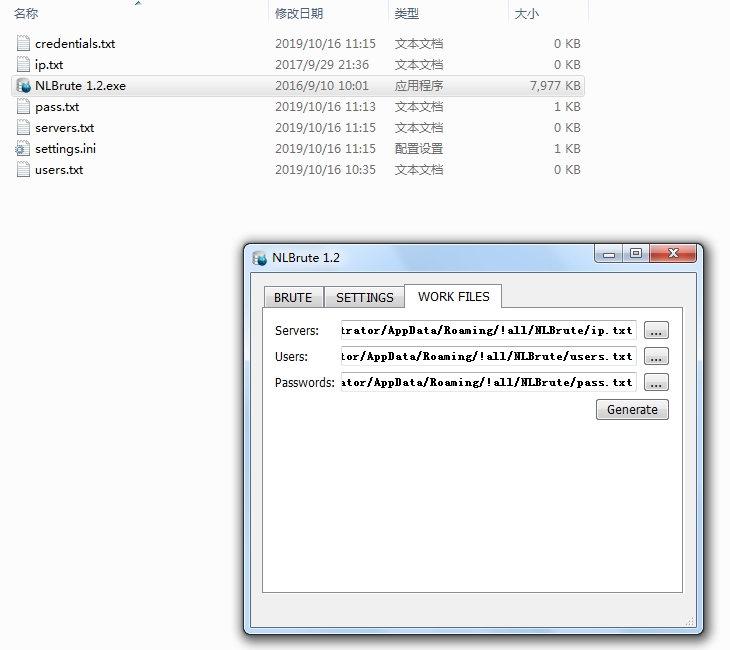 5. For hosts with open port 445 only, hackers attempted to obtain user credentials by launching brute-force attacks. 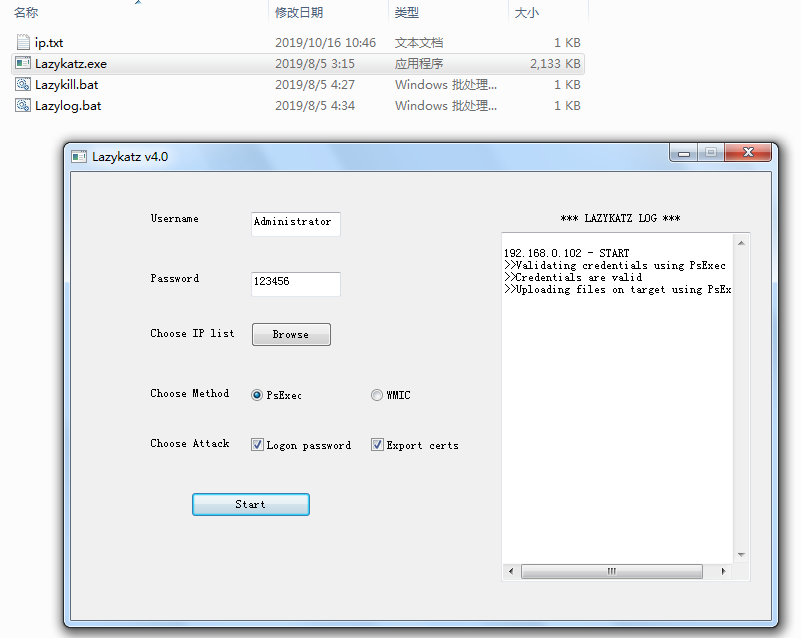 6. Once compromised, psexec was used to upload a script to target hosts to start an RDP service.

7. After obtaining usernames and passwords of successfully brute forced hosts, hackers used rdp_con tool to connect to them. 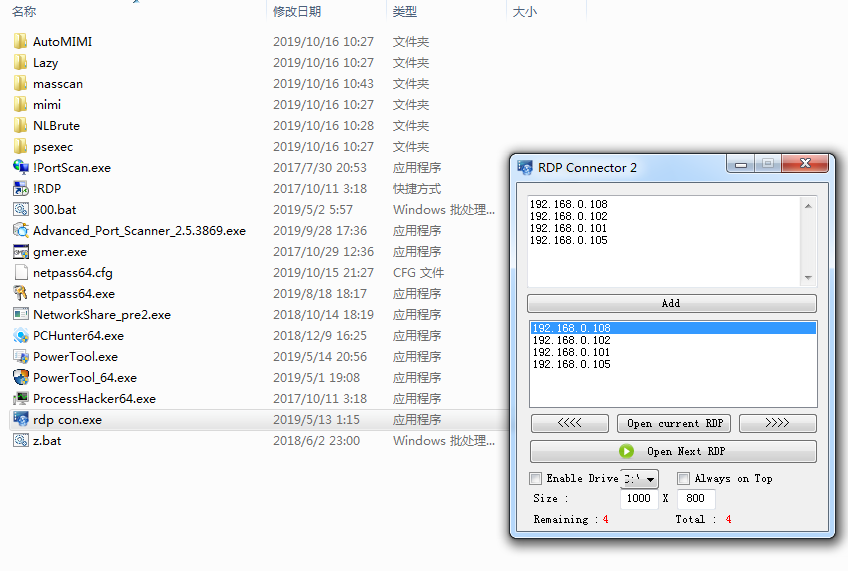 8. When rdp_con connected to the victim hosts, hackers uploaded a series of antivirus evasion tools to terminate antivirus software, and finally run the ransomware. At this point, the entire intrusion process is completed.

Ransomware Analysis
1. Ransomware file uses UPX to pack itself.  After being executed, it calls Winexec to delete the shadow disk volume to prevent users from restoring data. 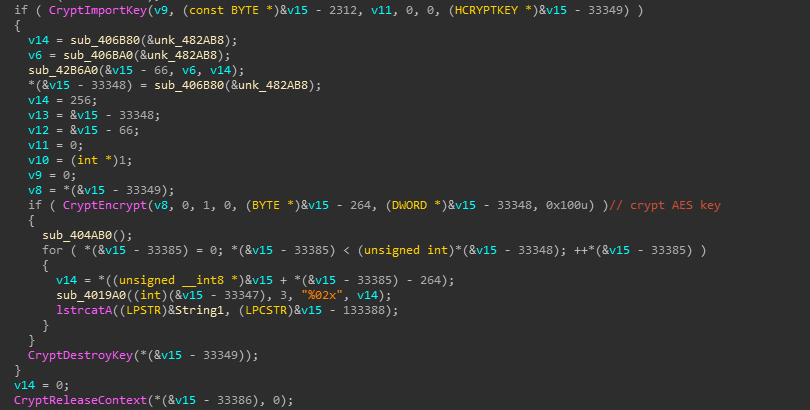 5. Create a .txt ransom note on desktop and drop it under each root directory during directory traversal and encryption: 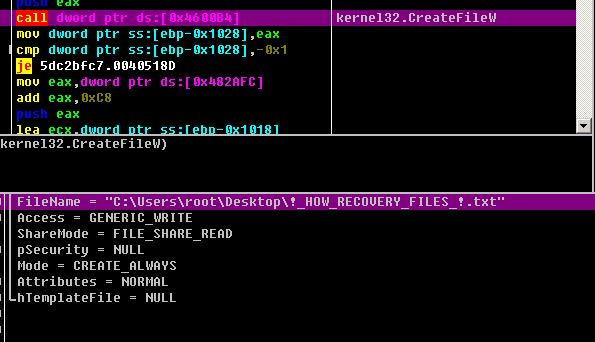 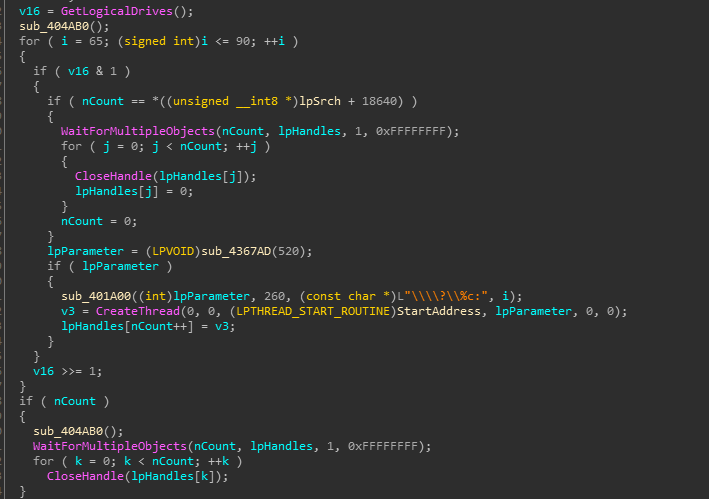 7. Delete itself after encryption:

Solutions
At the time of writing, there is no decryption tool for this ransomware. You must isolate infected hosts and disconnect them from network. Sangfor recommends performing virus scans on all systems to locate and removal the malware as soon as possible.


Detection and Removal
1. Sangfor Ransomware Protection Solution, based on the Sangfor’s NGAF and Endpoint Secure products, is capable of detecting and removing this ransomware virus. 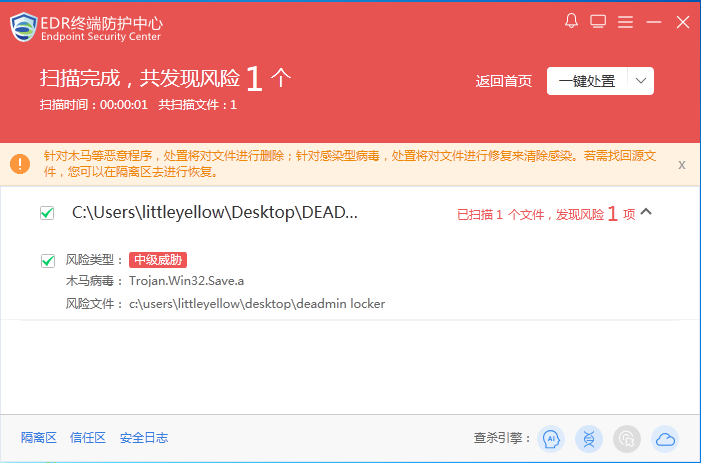 2. Sangfor offers customers and users free anti-malware software to scan for, and remove the ransomware. It can be downloaded from:
Package for 64-bit Windows:
Anti-Malware Software

Protection
1. Patch Windows to remove open vulnerabilities.
2. Back up critical data files regularly to other hosts or storage devices.
NOTE: This is the single easiest way to defeat ALL ransomware!
3. Change and strengthen your computer passwords and do not use the same passwords for different computers, to avoid compromising multiple systems.
4. Do not click on any email attachment or included web link from unknown sources or download any software from untrusted websites.
5. Disable unnecessary file sharing.
6. Disable RDP if not needed.